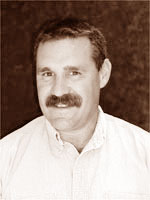 Lee Leuning, a South Dakota native, attended South Dakota State University and received a degree in Wildlife Biology in 1974. He worked for the US Fish and Wildlife Service before becoming a Wildlife Officer in the Smokey Mountains of Tennessee. He was selected as the Wildlife Officer of the Year in 1982 and as Regional Officer of the Year six times. In 1986 and 1987 he worked as an undercover officer in the Smokey Mountains National Park region in 4 southern states, combating the poaching of Black Bears and the marketing of their gall bladders to far eastern nations. After the largest operation ever successfully conducted in the Southeastern United States, Leuning was recruited back to his home state to work as an undercover officer, investigating a large big game poaching ring in Western South Dakota. After his mission, he took assignment in Aberdeen, South Dakota as a Wildlife Officer. Lee attended evening art classes at Northern State University for 3 years and discovered a talent for sculpture. In 1990, Leuning transferred to Pierre, South Dakota as the Wildlife Officer in Hughes County. This Missouri River area has a huge wildlife resource and Leuning gained a reputation as a hard working and successful defender of South Dakota’s wild resources. Leuning retired in 2002 to work full time as a bronze sculptor. 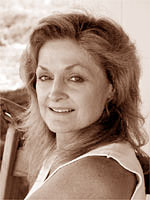 Sherri Treeby is a native of Ohio who moved to South Dakota in the early 1980’s and attended Northern State University in Aberdeen, SD. She earned a Bachelor’s Degree in art education and a Master’s Degree in art history, graduating Magna Cum Laude in 1990. She accepted a teaching position at Aberdeen Central High School and currently teaches at the high school level. Sherri is also a professor of art at Presentation College in Aberdeen, South Dakota – teaching art history, drawing, painting, and design. Her students have been recognized through the years as some of the best in the state, winning major art contests on an annual basis. Sherri is recognized by the arts community for her many contributions to local charities and through the tutoring of upcoming young professional individual sculptures. She has also donated many thousands of dollars of art supplies from her company to the art students of Aberdeen Central and Presentation College so that they might have a better chance to develop their abilities. Sherri was VFW Teacher of the Year for South Dakota. 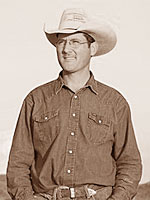 Sculptor John Lopez was born and raised on a ranch in Western South Dakota. His western and rodeo theme bronzes have been well received by the public and have sold all over the country from California to New York. For the past eight years, John has been working on The City of Presidents project in Rapid City, SD. John Adams, John F. Kennedy and John, Jr., Calvin Coolidge, Teddy Roosevelt and Ulysses S. Grant are a few of the presidents John has placed on the street corners so far. The job security that this steady work provides has opened up opportunities for John to experiment with the style of his work and allowed him to branch out into other sculptural forms. 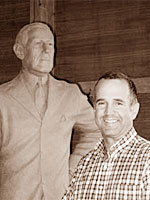 Jim Maher is a native of South Dakota. He was born to a ranching family near Pierre and obtained degrees in animal science and equine physiology from Colorado State University. He pursued a career in the quarter horse breeding business for a time. A life-long avocation became his vocation in 1989 when he cast his first bronze sculpture. Early in his career, Jim was blessed with the opportunity to work with accomplished artist Dale Claude Lamphere. Obtaining his first commission for a large-scale work in 1994, Jim established his own studio where he has created more than 25 life-size or larger sculptures and a multitude of smaller works. The human figure has been the focus of his work with a special interest in the portrait. Major works include sculptures for the Trail of Governors, the City of Presidents and Founding Fathers in Rapid City, the Sacred Heart Monastery and Sacred Heart Hospital in Yankton, SS Peter and Paul Catholic Church in Pierre, the D.C. Booth National Historic Fish Hatchery in Spearfish, and Saint Louis University in St. Louis, MO. Through a masterful use of form, expression and gesture, Jim’s art speaks directly to the viewer and strikes a chord that all may understand. His work is a powerful declaration of the pre-eminent role of the human figure in art. 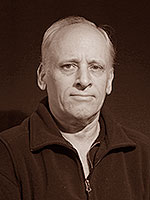 Sculptor and painter James Van Nuys grew up in Rapid City and has lived there for most of his life. He has created many public art works including the Rapid City Fallen Officers Memorial, the Veteran’s Memorial, several sculptures for The City of Presidents project, and a 100 foot mural in the Rapid City Regional Airport. He also oversaw the creation of 47 life-size figures for the America’s Founding Fathers tourist attraction. He owns and operates James Van Nuys gallery in downtown Rapid City, where he spends most of his time working on painting and sculpting commissions.